So I'm travelling for business to Tokyo, Japan for two weeks.

Flight was Virgin Atlantic - paid an extra GBP30 for the legroom upgrade.

I got here and was told that my room was not open for two hours, so I went for a nap in a local park like a tramp. Full of families enjoying the flower festival (too late for the blossom, unfortunately). Walked barefoot in the fountain with the kids, laptop case in hand, much to the amusement of the locals. 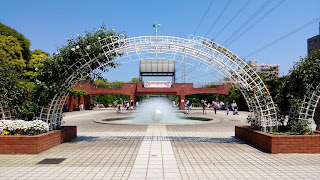 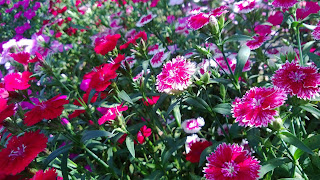 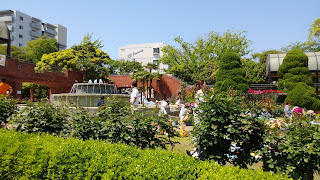 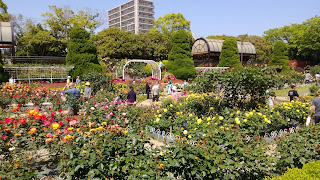 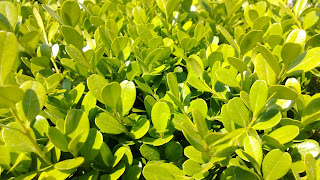 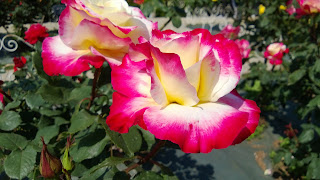 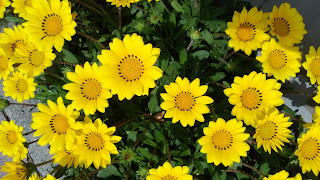 I bought Sushi from a local fishmonger - different from UK sushi, but very nice. What wasn't nice was the "not apple juice" that I bought to wash it down - I think it was bamboo juice - yick. Wrote Haikus. Read a book.

Communications are tricky. Everything is via sign language so far :-) Sign language for "Yes, I can see that you have a room key, but you must get a breakfast ticket from reception every morning and place it in this basket. I have called reception and they have charged your room this time, but please get a ticket tomorrow." is possible, but involved.

Eating a fully English breakfast with chopsticks is also possible, as it turns out.

First experience of the Tokyo metro today - actually a very pleasant experience.  Buying a proximity-based card for the Metro was a bit tricky - it's not clear that you have to use a PINK terminal, not a blue terminal for that.  Once done, though, the tube was efficient, packed, but fast.  Two stops down and I'm 300 yards from the office.

Here's one stroke of genius from the Japanese for you Boris...  Instead of having noisy gates slamming open and closed the whole time to grant access to the Metro, they have gates that are permanently open, only closing if you don't place your pass down.  Less noisy, faster and psychologically far less stressful than the London tube.

I got to the office and in true karōshi style worked from 9am to 8pm before going home in time for meetings between 9:30pm and 1am.  Awesome!  But wouldn't want to do that every day for even two weeks.  Ah, wait.

Today? More of the same.

Wow, they work some long hours here!   Good progress being made on the project and here's the view from the office... 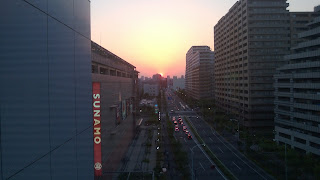 In there evening, went for an Indian - very nice.  Saw an arcade, so played some Pachinko (only 100 Yen's worth) and watched a man do this...

Woke up at midday and decided that I was too exhausted to go on the planned tour of Tokyo today.  Will try again tomorrow...

So today's the grand tour...  Got on the train - much better now it's the weekend there are no men shoving me into the carriage!

Took the blue line to the centre of Tokyo, then used my feet for the rest of the day..  I got off one stop before the central station, so didn't see the inside, but the outside is very smart...

I didn't get invited inside the Imperial Palace, but the gardens just outside are great to wander around.

It's a stark contrast to the high-rise city behind.

The Imperial Palace is surrounded by a moat.

Cheeky the monkey always travels with me when I'm away from home.  Here he is in front of the palace.

More greenery, looking like bonsai in front of the enormous building behind.

Even the moat supports a good deal of chlorophyll.

...and the Japan Tree Climbing Championships!

Further south through some dark and rather seedy alleys and you arrive at the Shiodome area with all its gleaming glass and steel.

Beyond which, Hamarikyu Gardens


They used to hunt ducks here.  It's somewhat involved...


A brilliant drainpipe I found...

OK, so this is a slightly photochopped picture, but MOST of it comes from a single photo.  An exercise to the reader then - where did I take this picture?