This can only end badly... 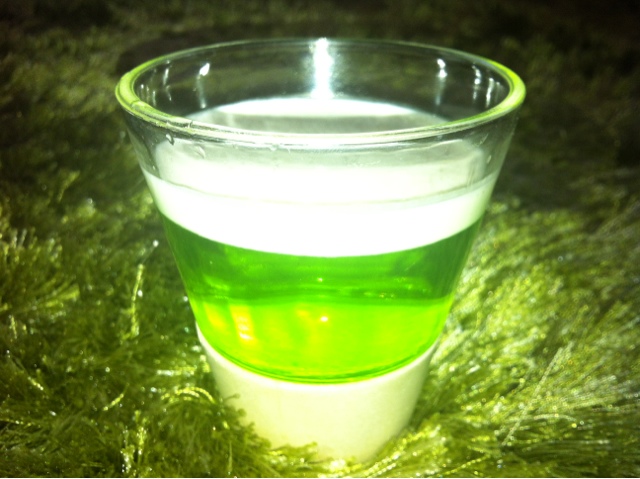 BBC News can predict the future!

The BBC News department are nothing more than a government mouthpiece and it sucks HARD.

In this ridiculous piece, the UK prime minister "is expected to say" a lot of things with remarkable precision.

In other words, the BBC have been given his speech in advance. This is not news, this is the BBC being told what to say. This is not journalism, it's propaganda and the BBC should be ashamed.

My feedback to them:

"
Wow! You can predict the future! All these things that David Cameron "is expected to say" today! And with what precision!

Seriously BBC News PLEASE stop printing what the government tells you to print. It's not journalism, it's laziness at best and propaganda at worst.

How about taking a stance and only printing things that HAVE ACTUALLY HAPPENED?
"
Posted by David Bond at 03:57 1 comment:

So it's March and that means the annual snowboarding holiday! Woohoo! This year, it Mark Goldring and me - hitting the slopes on a last minute holiday with Crystal in Meribel Monterrat.

Flight from Luton with Easyjet to Grenoble. An early start (3:45) but a short, clear drive to the airport and Luton is a nice little airport. Mid-term car park is easy to get to and only a few quid more than the long term.

Easyjet was a nice flight - loads of legroom and the aircon being a little warm helped me sleep for an hour of a 1:30 flight.

Grenoble airport is just a series of sheds. We were left waiting around outside for ages while they found someone to inspect our passports, but no biggie... Luggage was there waiting for us on the belt.

So, expecting data roaming to still be stupid pricing, I had mine switched off. When I switched out of flight mode, though, O2 SMSed me to say that on the "Travel" plan, data (up to 25Mb / day) is only £2. Yeah - I can cope with that. So data roaming is now switched on - much better!

The Meribel iPhone app shows clear, blue skies on the webcams... All aboard the coach for a short 1.5 hour transfer. 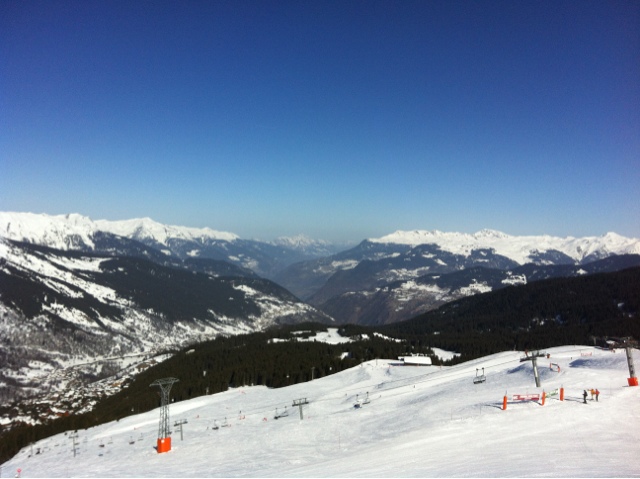 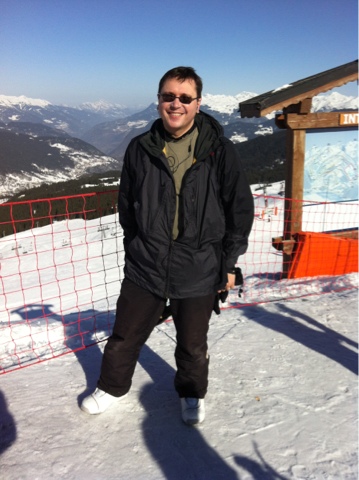 Woohoo! The Meribel iPhone app has a GPS speedometer/altimeter!

--
12:30 Utterly awesome - completely empty! Have been off-piste down into St. Martin and then all over the St Martin slopes :-) 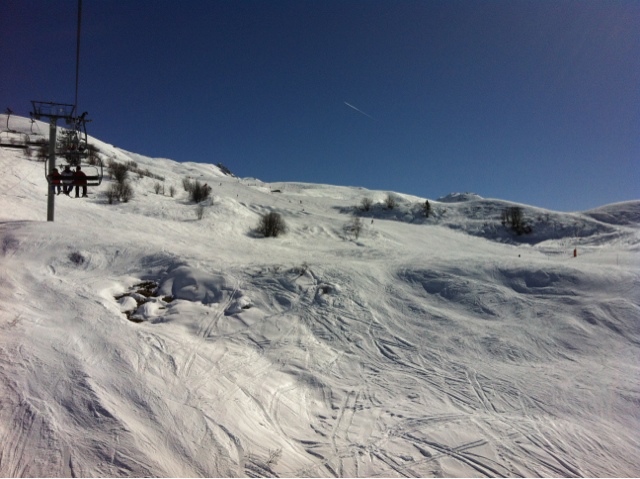 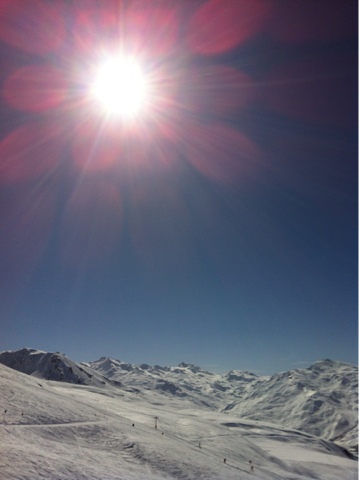 Off to meet Mark for lunch...

Epic night out last night - we crashed the Skiworld pub crawl and .. well dancing like a loon by the end so who could ask for more.

Eventually woke up and Cheeky and I are on the lift going to the top - weather's still hot and the snow is lovely. Going to try the Meribel app for today - see if the battery lasts... 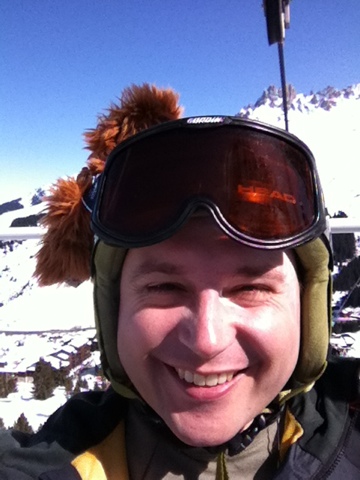 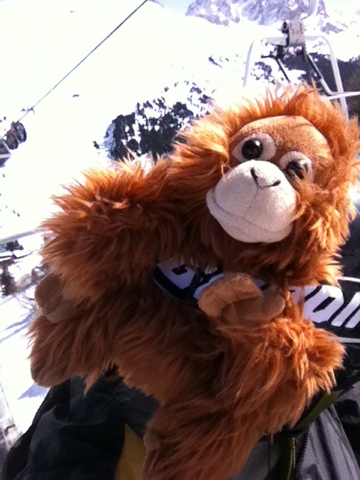 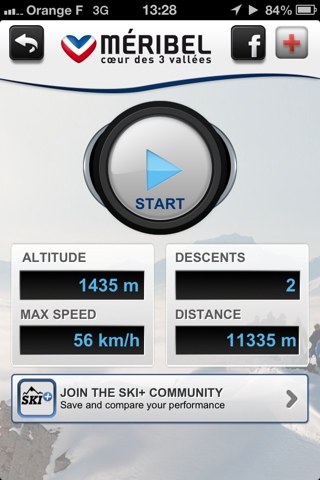 Meribel app is great - no real difference in battery life and tracks your every move - NEW HIGHSCORE - 56kph!

There is a lift right outside the apartments that I didn't try yesterday that (via a short run down) takes you up to the very to where Area 43 is the biggest funpark I've ever seen. There's an "experts only" halfpipe, loads of jumps and rails and an airbag. Cheeky and I bought a ticket to do five ENORMOUS jumps onto the airbag and a photographer got a load of pictures of us flying through the air :-)

The snow is just perfect up that side of the mountain, but it will go into shade soon so I'm going to the west-facing slopes this afternoon.

I forgot how much more fun the long, fast greens are - more of that this afternoon!

Aaaand - the photos are in! Check them out here: BigActionPhoto.com. You can't miss me... I'm the one with the monkey strapped to my head!

Strong wind means that most of the lifts are shut :-(. The queues in Meribel are very, very long!

So the zen kicks in and the soundtrack of choice becomes the whole Hitchhikers Guide from start to finish :-)

The wind has died down and THHGTTG is my favourite!

The wind has blown snow onto the pistes meaning that they're much easier and more comfortable. Lots of long runs later, I'm skiing on high art.

Lots of pinball for €4 then back to a scuba diving group's chalet for a game of "boarder or skiier". Very late nights among a very late start today. Lots of runs got in though!